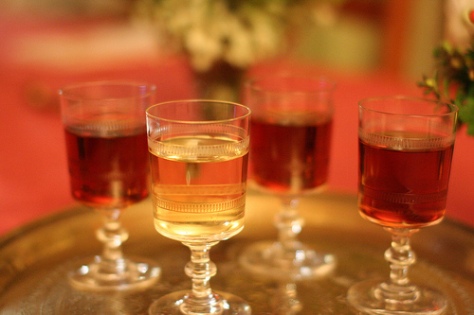 The DrinkShop (.com) have just listed all their Sherry on offer (up to 20% off in fact!).

Now I’ve never taken to drinking Sherry but i never overlook its importance in the world of cocktails (Sherry Cobbler & Other fine cocktails of the crooner years).

Granted Sherry has fallen out of favour in the last few decades but it is on the rise once more, almost like it’s riding in the slipstream of the current general rise in cocktail popularity. So if you happen to be in the market for Sherry this weekend – then head on over to www.thedrinkshop.com and revel.

– Add the advocaat & Sherry/Madeira to a rocks glass with a few ice cubes.

– Top up with Lemonade and stir to mix.

– Garnish with the lime slice and maraschino cherry.

The Sherry Flip bares an alcoholic resembelence to a favourite childhood drink of mine: the ice-cream soda. Whilst the addition of ice-cream to this cocktail would work wonders (and let’s be honest it would be awesome) I feel this drink works wonderfully as it is, with the creamy textures of the Advocaat & Cream Sherry.

A lovely adult version of a childhood classic. Grab a cheap bottle of sherry and give this cocktail a go.

Want to know more about Sherry and its history? Or just after some quick Sherry cocktail recipes? Then check out the links below and revel some more! Thanks for reading and until next time – Mix well!